Has it gone quick for you?

2022 is the busiest year for me with regard wedding photography, but still I'm thankful to be the kind of photographer who chooses not to book more than 1 wedding a weekend or even a week! This helps me focus way more on the couples that have booked me. I take my hat off to the photographers that shoot 2 weddings a day, but that is not the life I aspire to have!

If anything, the pandemic has taught me to utilise my time. 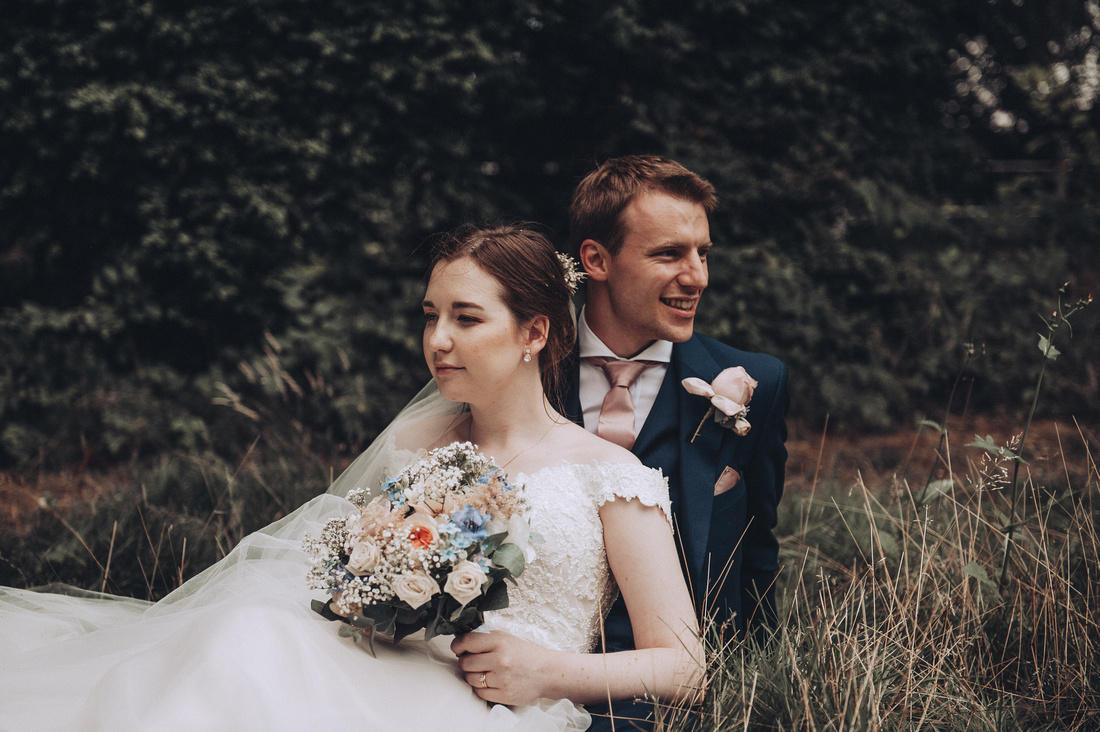 Over the year or so I have seen some fantastic bridal gowns - veils, no veils, straps, no straps, lace, no lace you name it.

It's funny to say that even before I proposed to my wife she already had her eyes set on the wedding dress she would love. Thankfully be the time I proposed there was one left by the designer, pretty much exactly her size.

So this is for you. Bride-to-be. Who is looking for inspiration for your bridal gown.

Check out 5 varieties of dresses that I have photographed at real weddings in Cambridge and beyond. I'll note the things I liked about them and the practicalities that involved those particular dresses. 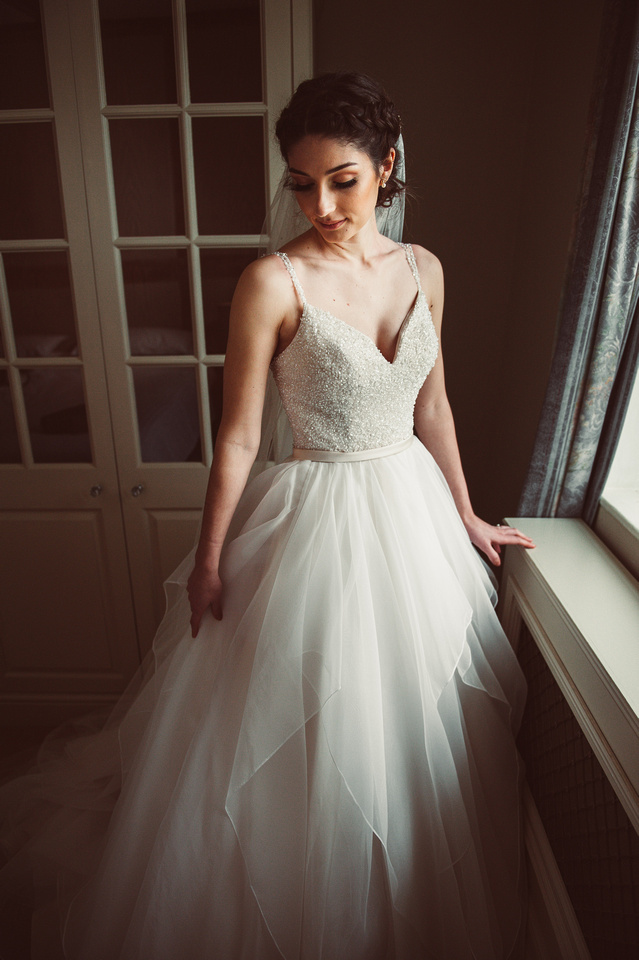 I'm starting off with a dress that was probably my favourite out of all five. This dress almost looks like it was made for Tinkerbell - the straps meant that Rachel didn't have to keep pulling the dress up, and the layers of the gown gave the illusion of movement. It was also very light which was important to Rachel as she wanted to dance!

The only drawback was that her wedding was on a very cold day and it wasn't the warmest of bridal gowns. It was cute though, as Rachel then borrowed her husband's jacket! 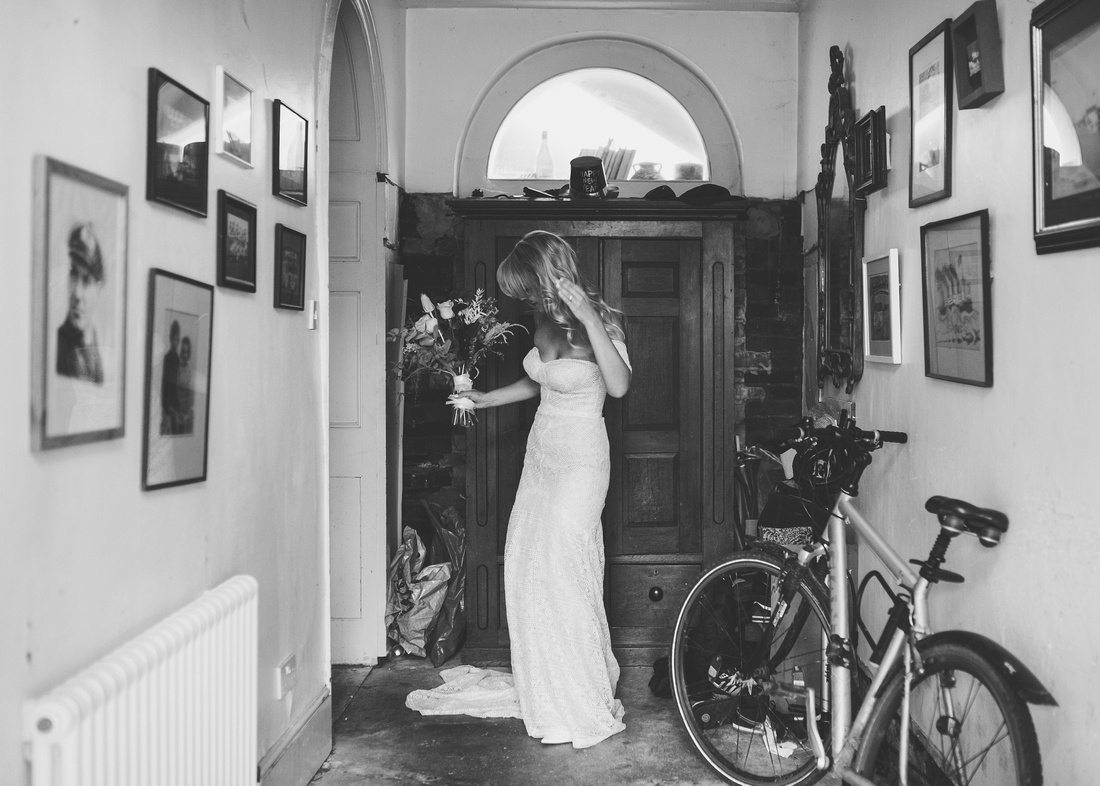 I had to include the bike in the shot, Cambridge vibes.

This gown was figure hugging and had a lovely train - it was designed in a way that made it near impossible to stand on as you can see at the front her toes could still poke out. Similar to Rachel's dress it was also very light in weight, however it had the inconvenience of slowly slipping down as the day went on. If that's not an issue for you, this could be a great kind of dress. 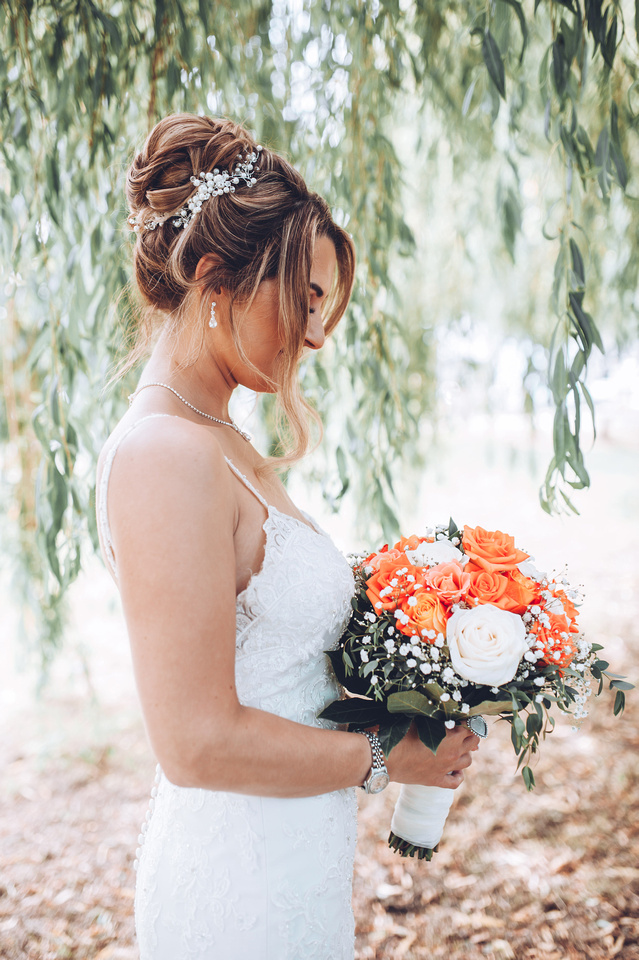 This dress comes in at a close second place for me: figure hugging, straps and amazing detail all over. It was a warm day at Sian's wedding and this dress was weightier than normal, however Sian felt super comfortable in it all day! The train was gorgeous: big though! If you have a big train at your wedding, prep your bridesmaids how to fluff your train:

Find the centre seam on the train of the dress.

Place your hands evenly on each side of the seam.

Flick it up in the air and let it gently fall to the ground! 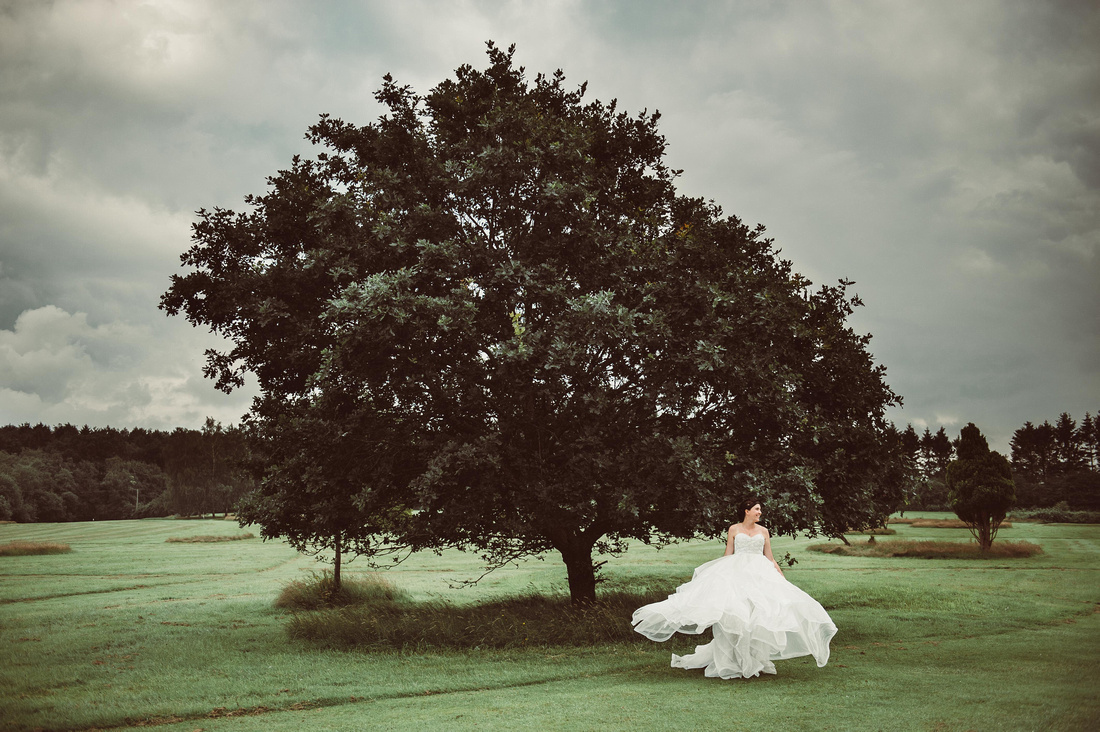 Whippin' that dress back and forth.

There was enough wind on Hollie's wedding day to lift her dress spectacularly in the photographs but not too much to blow her hair out of place.

Tip, for this photograph all I did was ask Hollie to stand by this tree and look at her husband. Naturally she started playing with her dress (I encouraged her to keep going!) and we achieved this epic shot.

This dress was a blend between Madeline & Rachel's dress and suited Hollie so well. Where adjustments had been made there was a scratchy on the back of her dress that was a little uncomfortable, other than that Hollie was so pleased with how the photographs turned out.

Pre-empting the discomfort, Hollie actually brought her pyjamas along to get into after the first dance! How cute is that?

This brings me to an idea of having a second dress - you can always have a "grand" dress, and a "party" dress.

Have a think about it! 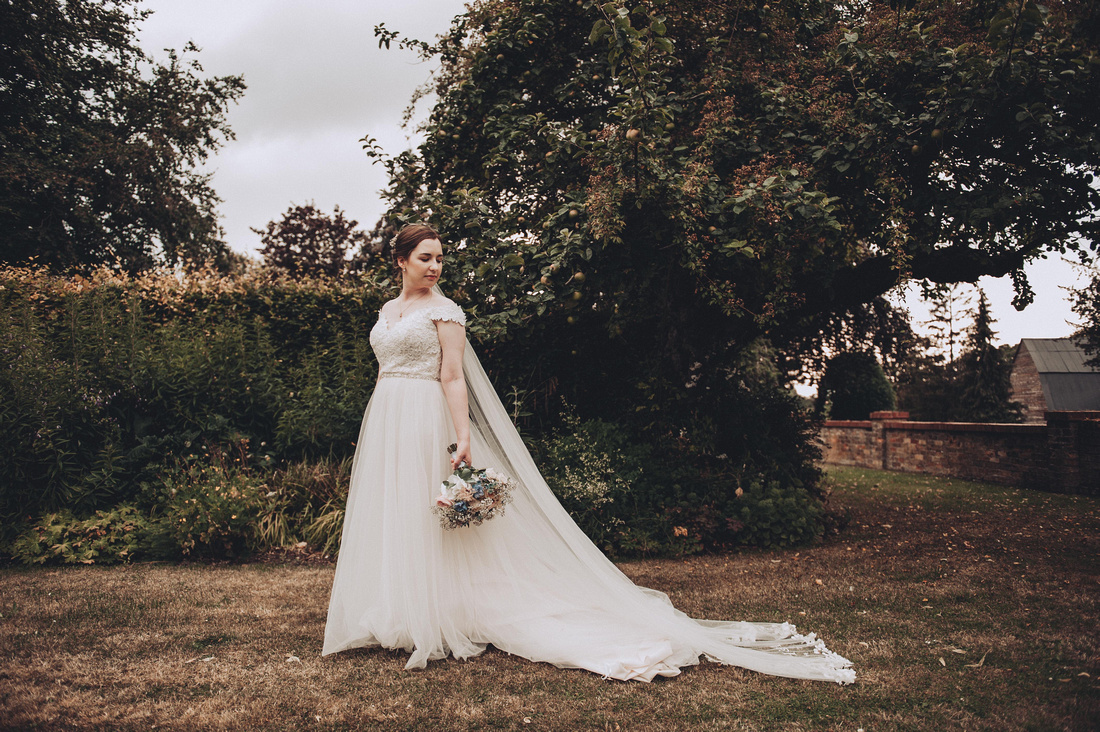 Rachel was the only other bride out of these five to have a veil, and there are pros and cons.

As you can see from this photograph the veil was definitely a good move! If you look closely you can see the custom typography on the veil, effortlessly draped from a clip in Hatty's hair.

The off-the-shoulder look of this dress was timeless, and Hatty was able to dance for hours at her ceilidh in the evening! Having said that, the front was easy to step on, so for some of the wedding she had to hold a handful of it to be able to walk.

Keep in mind a few things when choosing your bridal gown: